Even decacorns have their challenges

Originally published at: Even decacorns have their challenges – We Never See Nothing

Welcome to The Interchange! If you received this in your inbox, thank you for signing up and your vote of confidence. If you’re reading this as a post on our site, sign up here so you can receive it directly in the future. Every week, I’ll take a look at the hottest fintech news of the previous week. This will include everything from funding rounds to trends to an analysis of a particular space to hot takes on a particular company or phenomenon. There’s a lot of fintech news out there and it’s my job to stay on top of it — and make sense of it — so you can stay in the know. — Mary Ann

Hello, hello. By the time you’re reading this, we’ll be two days away from TechCrunch Disrupt! Soooo exciting!

But first, let’s talk about fintech.

Last week’s big news was corporate spend management startup Brex’s announcement that it was laying off 11% of its staff, or 136 people. It was also revealed that the startup’s CFO, Adam Swiecicki, is departing to join Rippling as its CFO. Notably, workforce platform unicorn Rippling recently entered the corporate management space, making it a direct competitor with Brex.

First off, it’s rare — and refreshing — for a company to actually proactively share news of a layoff, so it’s interesting that Brex got ahead of any gossip and let me know firsthand of its plans. And as Alex Wilhelm pointed out on Friday’s Equity podcast, the layoffs appear to mostly be related to Brex’s move earlier this year to no longer work with SMBs and nonprofessionally funded startups. In other words, the company said it primarily let go of people who were focused on serving that group. Still, it must suck for those employees — especially considering those groups that it no longer works with were initially Brex’s bread and butter.

Bigger-picture-wise, the news of Brex’s layoffs show that even decacorns have not been immune to this downturn. The company earlier this year confirmed a $300 million Series D extension at a staggering $12.3 billion valuation. And while the company claims to be “in a strong financial position with many years of runway,” it adds that its shift away from SMBs to focus more on enterprise customers — and, by default, any related layoffs — will put the company “on a path to sustainable profitability over the next few years.”

Side note: Brex aside, it still blows my journalist mind that companies in general can raise hundreds of millions of dollars in funding and yet not be profitable. I am doubtful that I could ever be a venture-backed startup founder. The pressure of having to provide returns to investors who poured that kind of money into my company and the pressure of not wanting to ever have to lay off staff would likely make me lose sleep at night! Guess that’s why I’m a journalist and not a startup founder!

Anyway…speaking of Disrupt and Brex, I will be interviewing co-founder and co-CEO Henrique Dubugras and Anu Hariharan, managing director of YC’s growth fund, YC Continuity, live in a Fireside Chat on October 19! I’ll also be talking to Ramp CEO and co-founder Eric Glyman, Airbase CEO and founder Thejo Kote and Anthemis partner Ruth Foxe Blader in a session called “How to Compete without Losing Your Mind and Runway When Cash Is Expensive” that same day. And lastly, I’ll be chatting with Rippling CEO and co-founder Parker Conrad about his company’s plans to “go global.” Come see us! (Get 15% off here).

Oh, and if you want to hear me talk about everything from “The Good and Ugly Sides of Fintech, What Great Journalism Really Means, & Why Startups Represent Hope,” check out this episode of the Fintech Leaders podcast I recently recorded with VC Miguel Armaza. 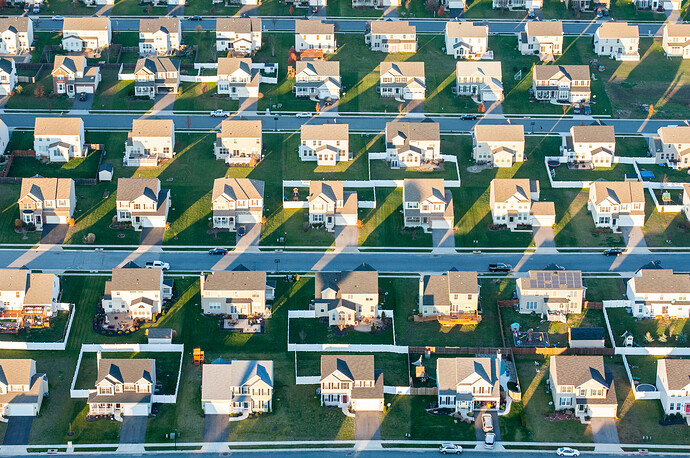 Hello! It’s Anita Ramaswamy reporting from the fintech desk here at TechCrunch alongside Mary Ann. We’ve been seeing a lot of interest — and funding news — in the real estate and proptech spaces lately. Specifically, there have been a number of startups raising rounds for real estate investing apps that aim to help broaden access to the asset class to retail investors by giving them tools to bypass hurdles like large up-front capital requirements that are typically necessary to invest in property.

Fintor is one such example. The startup recently closed on a $6.2 million funding round at an $80 million valuation for its platform that offers fractionalized shares in residential properties to investors for as little as $5. We’ve also covered similar platforms such as Landa, Nada and Arrived Homes, all of which have raised new funding in 2022.

The surge in interest among retail investors for access to real estate might seem counterintuitive given that rising interest rates make real estate seem less attractive than it has been for the past few years. But these startups are likely more focused on long-term, secular demand growth for real estate as a part of a diversified portfolio rather than getting caught up in concerns around short-term volatility.

Here’s what Fintor founder and CEO Farshad Yousefi had to say about the current market environment in an email to TechCrunch:

While recent media headlines have mainly focused on the volatility of the market, there are still present opportunities for investors to take part in investing in real estate with the right type of strategic approach. For example, Atlanta has seen an incredible near 12% year-over-year growth in rental rates, directly boosting investors’ cash flows. Additionally, when looking across the board at the top MSAs, major institutional investors have seen a near 50% jump in renewal rent growth. This drastic upward trend in tenant retention clearly demonstrates where rental demand is going.

For a deeper dive into real estate tech and how it’s changing the investing landscape, check out my article in TC+ this week:

Got $5? These startups allow for investments in slices of real estate

Plaid announced last week that it added two new features to its identity verification product. Via email, Plaid’s head of identity and fraud (and former Cognito CEO) Alain Meier told me: “With our new autofill feature, users can be verified in as little as 10 seconds. On the back end, we’re building more intelligence to our risk and fraud models with behavioral analytics to stay ahead of fraudsters.”

The behavioral analytics piece is particularly interesting because say you know your SSN/phone number by heart, then your typing behavior would be very different than if you were to copy and paste it from a document. Plaid acknowledges this sort of technology is not new but claims it’s not usually combined with the other fraud detection features that Plaid offers.

Going after Square? TechRadar reports: “Following its acquisition of now Zettle in 2018, PayPal has announced a brand new POS device that’s designed to accommodate the needs of small and medium businesses. The newly launched Zettle Terminal connects to the internet via Wi-Fi or a free-of-charge pre-loaded SIM card on the 3G and 4G networks to enable business owners to operate on the go. This ‘completely mobile’ approach should appeal to multi-location vendors, as it doesn’t require additional setup or manual connection at every new location.”

As reported by Christine Hall: “Greenlight Financial Technology, a venture-backed fintech company focused on providing a debit card, banking app and financial education to children, added another layer to its subscription plan with the introduction of family safety features. Greenlight Infinity, priced at $14.98 per month for the whole family, includes location sharing to see where anyone in the family is and do check-ins; SOS alerts to emergency contacts and/or 911 with one tap; and crash detection with automatic 911 dispatch wherein if a crash is detected while driving, driver and trip information is provided to emergency services.”

TC+ editor Alex Wilhelm dug deep on some Q3 funding numbers, and what he discovered when it comes to the fintech sector wasn’t pretty. He writes: “Looking at Q3 2022 data from CB Insights, it’s clear that the fintech funding boom is behind us; even more, global fintech funding activity is now back to where it was before 2021, indicating that last year was more aberration than new normal for the startup category.”

Sarah Perez reports that Apple “is taking a big step toward offering more banking services to its customers. The company announced on Oct. 13 it’s partnering with Goldman Sachs to soon launch a new Savings account feature for its Apple Card credit cardholders which will allow them to save and grow their ‘Daily Cash’ — the cashback rewards that are earned from their Apple Card purchases. In the months ahead, Apple says cardholders will be able to automatically save this cash in a new, high-yield Savings account from partner Goldman Sachs which is accessible with Apple Wallet. Customers will be able to transfer their own money into this account, as well.”

The Los Angeles Times reported that “credit cards and digital payment apps such as PayPal offer some distinct advantages over cash, including the ability to recover money paid to scammers. But Zelle, a digital payment network owned by seven major banks, isn’t so protective of its users. If you use Zelle to pay someone who proves to be a con artist, you have only a slim chance of recovering the money from your bank. The same is true if you send money to the wrong person. If you hit Send, the money is probably gone — just as if you’d lost a $20 bill on the street.” Meanwhile, there was chatter on Twitter that Zelle actually had substantially more transaction volume in 2021 than Venmo and CashApp. Hmm. I’m still trying to find evidence of that.

Former VC brings smart financial advice to people who really need it, instead of just the rich: In announcing this $24.4 million raise led by GGV Capital, Northstar CEO and co-founder Will Peng told me: “The time from the first meeting to the term sheet was about a month.”

With $67M in new capital, NorthOne is doubling down on SMBs as some fintech companies pull back

Oh look, TripActions raised at a $9.2B valuation after reported $12B IPO filing

Getaway launches a way for you to enjoy, and own, vacation homes

This company wants to improve your credit by gamifying financial literacy

Well, that’s it for this week! Once again, thanks for your continued support — and I really hope to see some of you IRL at Disrupt! xoxo, Mary Ann