Originally published at: Kaszek, YC back DolarApp’s mission to ‘dollarize’ Latin America’s finances with crypto – We Never See Nothing

When DolarApp founders Zach Garman, Álvaro Correa and Fernando Terrés were living in the United States and Europe, they would spend time in Latin America, where they saw problems that friends were having when it came to finances and access to banking in dollars. 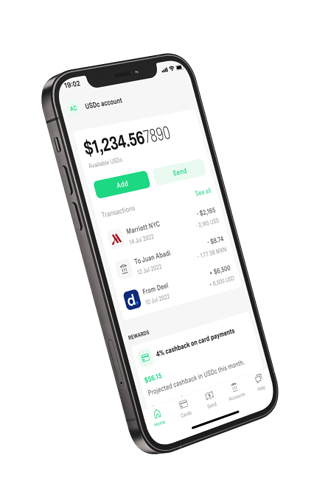 So the three ex-Revolut employees started thinking of a way to provide that access to dollars and even cryptocurrency. The company, founded in 2021, is starting in Mexico, where Terrés said around 20 million citizens travel to the United States each year.

“They don’t go with a card, but with $5,000 in cash and go to the exchange house in the airport, which means they lose money in the spread,” he added. “Remittances between the U.S. and Mexico accounted for something like $50 billion last year, and the fees are outrageous, averaging 5% of the total amount sent.”

With DolarApp, users can open a bank account going from peso to dollar dominated stablecoin USD Coin (USDc) and back in seconds. They can also save in USDc, earning 3% annually, and pay with an international Mastercard with up to 4% cash back. In addition, users can send and receive payments in the United States for a flat fee of $3 versus the $3 fee plus 2% charge that other money transfer companies charge, Terrés said. The company makes money from the flat transfer fee and from revenue on the balances.

The company is now flush with $5 million in funding led by Y Combinator and Kaszek Ventures. The round also included a group of over 50 angel investors.

“DolarApp allows Latin Americans to manage their finances in USDc, protecting their savings in a stable currency and without the expensive banking fees associated to international bank transfers and card payments — all on one single account,” Hernán Kazah, founder and managing partner at Kaszek Ventures, said in a written statement. “At Kaszek we are convinced it will be a massive financial tool to help Latin America advance towards greater financial inclusion.”

The DolarApp founders were part of the YC Summer 21 batch, but didn’t do Demo Day and remained mostly heads down since then, working on the product, Terrés said.

The company started a beta program over the summer and will funnel the new funds into adding to its team, which is currently composed of 11 people, as well as marketing efforts and gearing up for a full launch.

Though Terrés declined to give hard growth figures, he did say that in the last two months, DolarApp had acquired “a few thousand beta adopters.”

Up next, the company will be focusing on Mexico market use cases and will launch virtual payments — for example, with Apple Pay and Google Pay.

For LatAm payment orchestration startups, market fragmentation is a blessing in disguise