Originally published at: Sardine raises $51.5M led by a16z to sniff out fishy fintech transactions – We Never See Nothing

As fintechs become more efficient, so too do fraudsters.

“Faster instant payments mean faster fraud,” Sardine CEO and co-founder Soups Ranjan told TechCrunch. That’s the thesis behind his startup, which uses behavioral, financial and device-specific user data to detect fraud on behalf of its clients in the crypto and fintech industries.

Those conditions also mean a faster fundraising process for Sardine, evidently. The company announced it has raised $51.5 million in a Series B round led by Andreessen Horowitz’s (a16z) Growth Fund after closing $19.5 million for its Series A earlier this year. A16z was a new investor in the Series A, with the fintech-focused GP Angela Strange leading Sardine’s previous round and Growth Fund partner Alex Immerman taking the lead this time around.

Sardine has grown considerably since it announced the Series A back in February, growing its roster of clients from ~50 to ~135 today, Ranjan said. Its customers include crypto exchanges FTX and Blockchain.com as well as fintechs with broader mandates such as Wealthsimple and Digit, he added.

After participating as one of 10 startups in the FIS Fintech Accelerator program this summer, the startup is making a push into “core banking processes” and is in discussions with large banks in the U.S. and Europe, Ranjan said.

It’s easier to understand why a fintech or crypto startup might want to beef up its fraud prevention capabilities, but Ranjan explained that even for big banks, the standard KYC (“Know Your Customer”) compliance process isn’t equivalent to a fraud protection program; 90% of fraud detected on Sardine’s customers’ platforms comes from individuals who have already passed the KYC process, he said.

Sardine does have competition from other startups in the identity-verification space, such as Socure, which told TechCrunch last year that it counts three of the top five global banks as customers. Socure, which counts Tiger Global as its lead investor, was valued at $4.5 billion during its last publicly announced fundraise in November 2021, a Series D round. Sardine didn’t share the valuation from its latest fundraise, but the startup is significantly earlier-stage than Socure.

Ranjan described Sardine’s differentiation in the market as stemming from his team’s experience and the company’s focus on fintechs in particular. Ranjan himself previously worked as Coinbase’s director of data science and risk and Revolut’s head of crypto, and the company’s head of banking partnerships came to the startup from Zelle. 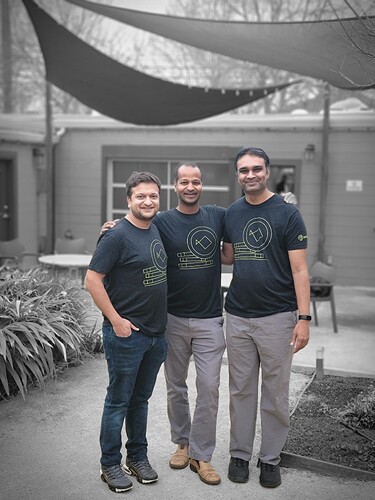 “If you actually peek underneath the hood at any of these traditional fraud prevention vendors, you will find that the APIs don’t even have support for the identity of an individual, because they’re all built or designed for the e-commerce checkout experience,” Ranjan said. Rather than analyzing a customer’s shipping address and shopping cart, Sardine looks at device intelligence and behavioral biometric data that helps identify whether an individual engaging in a transaction is really who they say they are, he continued.

Another major differentiator for Sardine from competitors like Socure is its instant ACH and card onramp to crypto, which allows its customers to purchase over 30 different crypto assets instantly rather than having to wait the traditional few days to access their funds. It also offers direct fiat to NFT checkout in partnership with Tom Brady’s company, Autograph, and plans to expand that product to other NFT marketplaces, according to Ranjan.

Banks and card issuers typically use fraud detection algorithms for crypto that aren’t nearly granular enough, Ranjan said, meaning around half of the customers who attempt to transact using fiat-to-crypto onramps through traditional platforms are declined as fraudulent.

When Sardine launched its NFT checkout product in partnership with Autograph earlier this month, its conversion rate was much higher, around 98%, Ranjan said. It’s too early to tell if there are any chargebacks, or instances of fraud that went undetected, from that launch, he added, noting that Sardine is one of the first companies to even offer such instantaneous access to crypto through ACH.

“One of the reasons why folks haven’t dabbled or launched ACH to crypto, or even direct ACH to NFT, has been that there is no one [else] taking on the fraud risk liability,” Ranjan said. He declined to share details around the chargeback rates Sardine sees across its older products, but said that the platform allows customers to access some, but not all, of their crypto instantly.

Venture capitalist Andrew Steele, who led Activant Capital’s investment in Sardine, thinks the company is uniquely positioned to assume and manage risk in a way that enables instant transactions.

“Identity and fraud are usually completely separate things,” Steele said. “We’ve invested in identity platforms. We’ve also invested in fraud platforms, and typically they’re completely separate. Identity to me is a moment in time. It’s when you onboard someone, it’s how you make sure that they are who they say they are. And then fraud is usually a transaction-based thing, but both are completely separate and siloed. Typically, that lack of connection means that you have limited data and you can’t really take on risk in the way we’re talking about [with Sardine].”