With $67M in new capital, NorthOne is doubling down on SMBs as some fintech companies pull back

Originally published at: With $67M in new capital, NorthOne is doubling down on SMBs as some fintech companies pull back – We Never See Nothing

It’s common knowledge, especially to those who work in financial services, that the COVID-19 pandemic dramatically increased demand for digital banking globally.

A flurry of fintechs emerged in hope of meeting that demand while incumbent banks clamored to step up their own digital games.

Then there were those companies that existed well before the pandemic. New York-based challenger bank NorthOne is one such example. Founded by Eytan Bensoussan and Justin Adler in 2016, the startup was born to serve small business owners such as barbers, mechanics and local restaurant owners.

When the pandemic hit, there was perhaps no other category of businesses impacted as greatly as small businesses. Some didn’t survive but many pushed through, either pivoting or weathering the early days of the crisis by adapting their models accordingly.

“COVID, despite all the terrible parts, pushed the education around digital banking — at least in our part of the world,” said CEO Bensoussan.

Over the years, NorthOne has worked to offer more than banking services to its customers. It added products that would also help them simplify their financial operations “by connecting the data layer between accounting, receivables, payables, lending, payroll — all the financial operations — and the bank account ledger.”

“As our customers grow, their problems evolve beyond the bank account,” Bensoussan said.

In 2021, NorthOne replatformed the company with a new banking partner, The Bancorp Bank, N.A, an investment that it says has paid off. Over the last 12 months, Bensoussan said that NorthOne’s revenue grew “4x-5x” while customer growth was “in line with revenue growth.”

“We were built — by definition — to serve the smaller part of the small business market,” COO Adler added. “And that made us really capable of serving these folks in an efficient way, but also having a product offering that was just really tailored for what they specifically need.”

To help fuel continued growth, the startup is announcing it has raised $67 million in a Series B funding round that included participation from Battery Ventures, Don Griffith, NFL player Drew Brees, Ferst Capital Partners, FinTLV, Next Play Capital, Operator Stack, Redpoint Ventures, Tencent and Tom Williams. The financing brings NorthOne’s fundraising total to $90.3 million since inception. The company declined to reveal valuation, saying only that it was an “up round” that closed in late summer.

The funding comes at an interesting time in the world of fintech, considering that players such as Brex have actually shifted their focus away from small businesses — in part due to the risk associated with underwriting such ventures — to focus on enterprises. For NorthOne, that only means opportunity.

“A lot of folks are moving really aggressively toward that top side of the market — like a Fortune 500 company or a VC-backed startup, but the fact of the matter is that both of those markets are really niche,” said COO Adler. “We’ve actually really doubled down on our core customer base, which are businesses that you pass by on your way to work — like that cafe, or hair salon or dry cleaner — that are just really underserved by traditional banks and increasingly also by fintechs and challenger banks.” 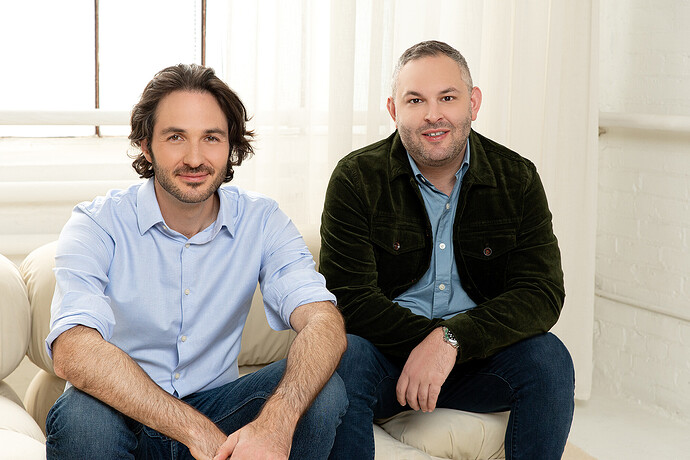 The majority of NorthOne’s customer base has less than 10 employees.

The startup’s go-to-market strategy surprisingly relies less on the internet than one might expect.

While the company, which does not yet have a sales team, does use the internet for leads, it also holds in-person event series in various cities around the country where it offers educational content to small business owners. It also partners with organizations such as Profit First, a group that offers financial management advice to small businesses.

NorthOne, the founders said, works to give its customers access to its services in as many convenient ways as possible. For example, it takes cash deposits through a series of partnerships with companies such as Walmart, 7-11 and OfficeMax.

“That’s important, as small businesses really do deal with cash — as much as we’d love to imagine that it’s all online,” Adler said. “The vast majority of America’s businesses are still using these types of money movement and we need to go to them.”

Battery Ventures led NorthOne’s $21 million Series A in March of 2020 and is doubling down on its investment with the new raise. Partner Shiran Shalev says he was drawn to the company’s laser focus on the SMB market.

“There’s so much focus in the fintech world on serving tech companies and serving large enterprises, that someone’s going after Main Street and that size of business, is just such a large opportunity,” he told TechCrunch in an interview.

Having spent time in Israel and Europe, where fintech was more developed, Shalev says he “spent a lot of time looking at all the different options in this space” in the United States.

“We’re very, very intrigued by what NorthOne has built,” he added. Ultimately, the company’s goal is to give its business the “control, clarity and confidence” they need to better manage their finances. It plans to use its new capital to build out the software layer of its business as well as create new financial products for its customers such as payments rails to working capital and credit offerings.

Presently, NorthOne has about 75 employees and doesn’t plan to go on a hiring spree with its new capital.

“We’ll be adding programmatically as we bring on these new software layers and these new products,” Bensoussan said.

With $67M in new capital, NorthOne is doubling down on SMBs as some fintech companies pull back by Mary Ann Azevedo originally published on TechCrunch